Today The Sun endorsed Boris Johnson saying he that he will be “A new and fresh Champion for London”, commenting “He is smart and bursting with good ideas.”

Across London, Boris Johnson’s message that he will tackle crime, give taxpayers value for money and protect our green spaces to deliver a change for the better is being heard by voters from Barnet to Bexley, from Havering to Hillingdon. Like The Sun, Londoners have come to see that Ken Livingstone is mired in sleaze and is “stale and exhausted”.

So voters have a clear and simple choice: More of the same under Ken Livingstone or a change for the better with Boris Johnson and the Conservatives.

Have a look at today’s The Sun for more information.

On 1st May, the over-analysis and navel gazing of Westminster’s media pundits won’t matter any more. All that will matter is that Londoners from all corners of the capital have a real choice, between four more years of the same old arrogance from Ken Livingstone, or a change for the better led by Boris Johnson.

When you cast your vote on 1st May you can choose between someone who will bring honesty, energy and fresh-thinking to the job of Mayor, or a tired, out-of-touch politician who will revert to form the day after he is elected. Ken Livingstone will never change. He’s had years to work for London and he hasn’t delivered. If re-elected he’ll just carry on raising taxes, ignoring crime, and squandering taxpayers’ money.

But this election can change all that. With the right result, it can make a difference to the lives of ordinary Londoners. If you want a tougher approach to crime, if you want to see more value from your Council Tax, if you want less congestion and better public transport, if you want more green spaces and better planning in London, you MUST come out and vote for that change, by backing Boris Johnson.

Last night, OUCA arranged charity drinks at the Oxford Union. Help for Heroes is a charity that supports injured British servicemen and women and all proceeds from the evening went to them. 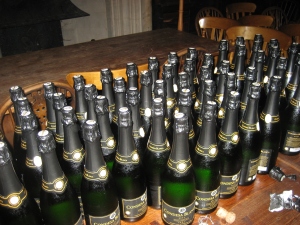 Over 70 bottles of Cava, ready to be served. 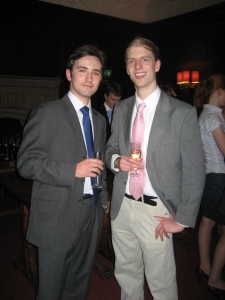 Simon and Tom enjoying the evening. 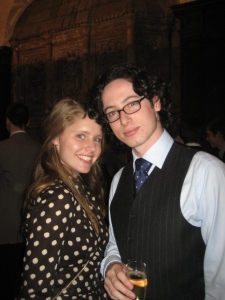 The boys from Somerville.

Brad, Anna, Matthew and myself.

Just putting up some pictures from the campaign today, campaigning for the Oxford Conservatives.

If you’re in Oxford, living in central part of town, vote for Alexander Stafford on May 1st.  Great guy! 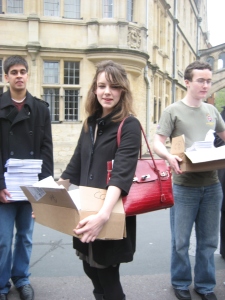 Everyone’s helping out to get Alex elected. He’ll be an MP in 10 years so better keep him …close. Great day. Will have to open some books now before the charity drinks tonight (pictues to be expected). Cherio!